It's been a while, I know. Life happens and all that.

I'm in the middle of rebranding this blog and setting up again. But this time it won't be family orientated. I've done the kiddie thing, they are growing away and well honestly we don't really do much as a family. Husband is still working shifts and I'm working all hours of the day and evening so we seem to spend less and less time together.

So the way I'm thinking is this has to be about something that means something to me. I'm at teacher so education is obviously very important to me but I can share the nicer things about teaching too, the stationery that you can buy, the notebooks and the pens, the pencils, all necessities of course! I'm also a bookworm, I love to read and so I will be sharing some of these with you too. And just to finish off, if and when I do have time to craft I will share some of my makes too.  Of course the boys may appear in and out, oh and we have a new dog (we lost Stanley the black lab in Jan 2017- very sad at the time). We got Alfie, a liver and white Sproodle in September 2017 - he's so cute, so I'll expect he'll be around too!

So hang fire, my intention is to update the header and other bits in the next week or so and then I'll get onto it! 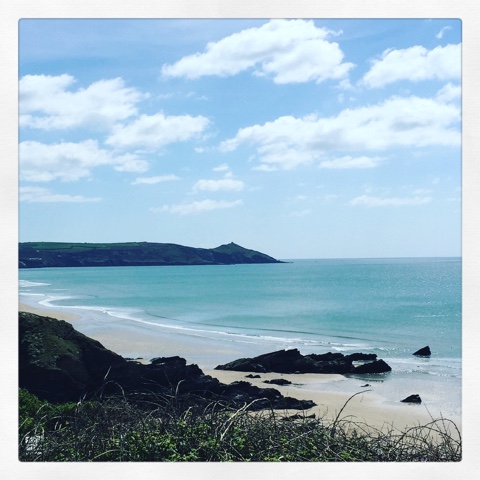 So last weekend we went to the beach house for the first time this year. Even though the sun was out there was a very fresh breeze. Not cold enough to stop the boys testing the water and admittedly they weren't in long. I got sun burnt! But the sky was blue and the sun shone. What more could you want. 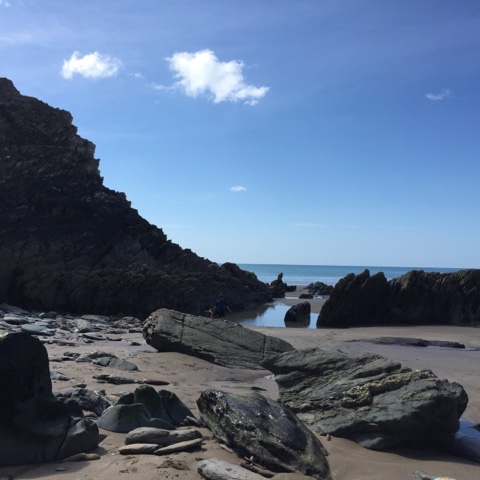 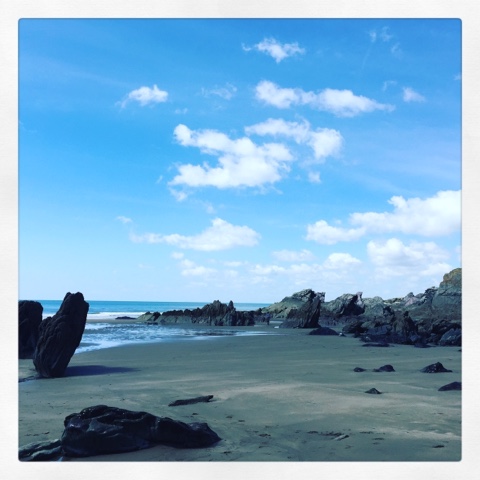 I was contacted by Lisa, a fellow mum in Devon who had set up her own company creating personalised books for children. It's something that I remember very fondly- having a book all about me and my brother, as a Christmas present many years ago, and I thought my little two boys were about the right age now to appreciate something like this. So I agreed to be sent two books in return for my review, one for Monkey and one for a Worm. 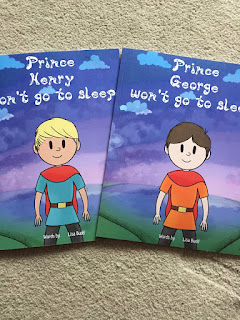 The ordering process was really simple. You literally go online to the website www.createmebooks.com and follow the very simple instructions. You can choose the character (girl/boy), the colour of their hair etc and the colour of their top. You can also obviously add your child's name and a personal message to them to go on the inside page.

The ordering process was very quick and easy and the books arrived in no time at all.  (We did have a problem in that the wrong book was sent out to us, with someone else's name and personal message in it but Lisa very quickly sorted this and got the correct one sent out as soon as they had realised). 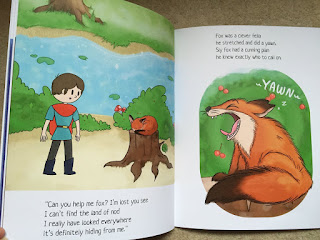 The books are lovely big picture books, on glossy paper, smooth to touch and well designed.  The graphics are good as is the story.  If you have a child who is a reluctant sleeper I can see that this story might encourage them to sleep, but as all three of mine are great at going to sleep, the book didn't have this intention for me.  The story is about your little prince or princess trying to get to the land of nod, they ask different animals along the way to help. Monkey and Worm were quick to realise their names were on the front, though Worm promptly pointed out that he wasn't a prince!

We have read the story a few times together and the boys enjoy the story especially shouting the last word out at the end of the book! As an adult reading it there are some verses that rhyme beautifully and others that you feel should rhyme better than they do, I feel that this breaks the flow of the reading a bit but that being said it's a great little story about a prince/princess trying to find the Land of Nod and both my boys have loved having it read to them.  Monkey has attempted to read it himself and has got on very well but it's always at bedtime and tiredness usually gets the better of him! 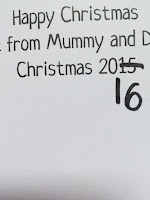 Worm being Worm, has also now altered the message inside as it did say 'To Worm, Happy Christmas, love from Mummy and Daddy, Christmas 2015" he has changed the date to 2016 as 2015 is now over!! Gotta love the boy!

Last weekend it's hard to believe now, we were basking in glorious sunshine. On Sunday we decided to get out for a couple of hours. Considering where we live we really don't use Dartmoor enough! It was beautiful and the perfect weather for ice cream too. 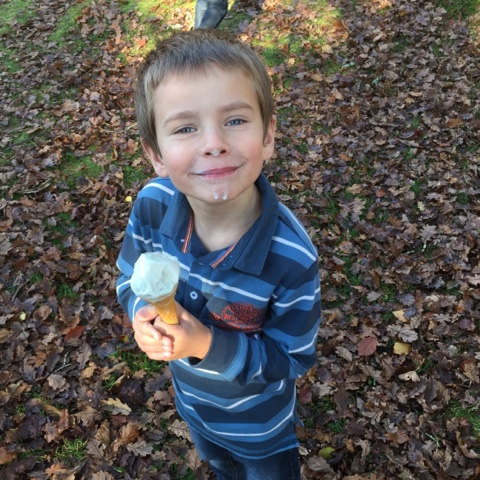 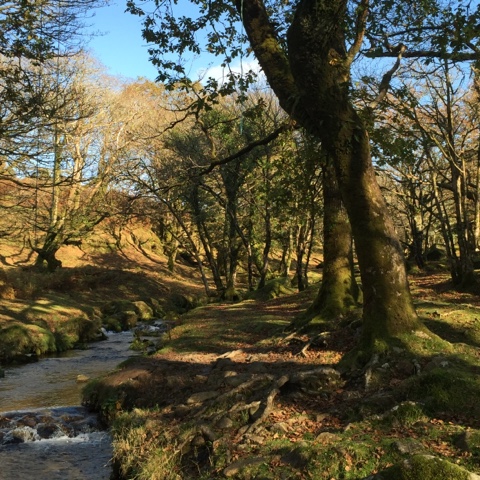 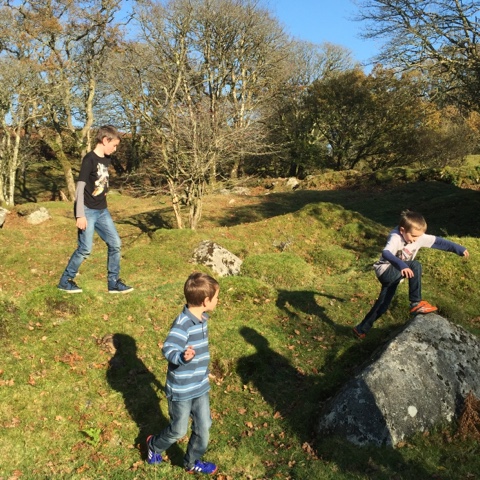 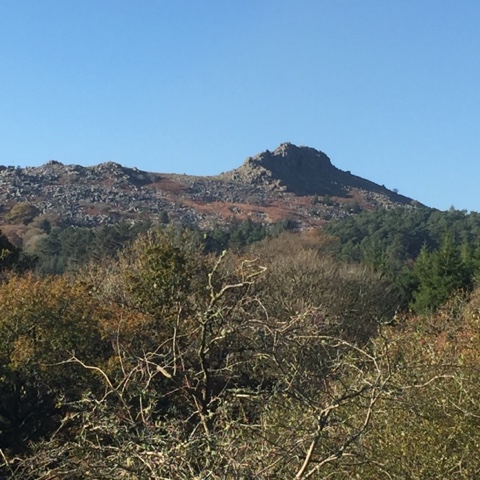 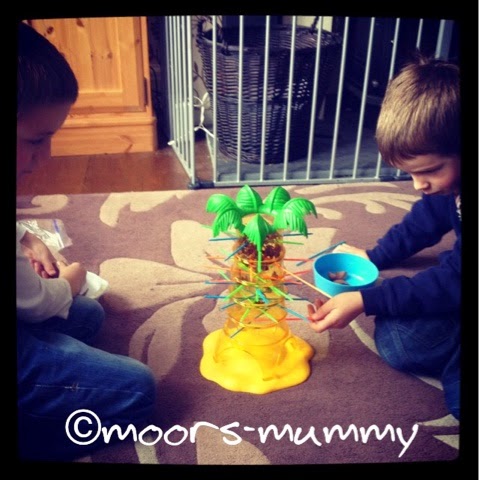 Country Kids. Back to the Beach House.

Well Hello,
I haven't been here for a while.  Time to get back to blogging!

Yesterday, we went to the beach house for the first time this year.  Even though it was cold, the sun shone for a while and the boys were adamant that they wanted to go on the beach.  I had gone prepared.  Knowing that Worm especially would be there, on the sand, and probably in the water.  I gave them all the choice of wellies, or for the little two, their crocs.  Monkey opted for wellies, and so his jeans were changed for his joggers, and his wellies were put on.  Worm opted for crocs which led me to think one thing, that he would end up in the water.

I changed his jeans for joggers, and grabbed a pair of swimming trunks from the chest of drawers, along with a towel.  We set off down the cliff, as we neared the bottom, Worm pipes up "so who's is coming in with me?" I looked at him and laughed, knowing that his intention was there and then replied, "no-one it's too cold!' "uh!" was all I got in reply.  As soon as we hit sand the crocs were off. I stripped his bottom half and put the swimmers on him and he was gone.  Running through the shallow pools, splashing, picking up stones and attempting to skim them across the water, with his brothers, both appropriately wrapped for winter!
My parents and I laughed, knowing that given time, he would fall and land face first, and we didn't have to wait long!  His jumper wet, his smile growing by the second! Another layer stripped off, more running, splashing and jumping, and then the cold hit.  His legs and feet bright red, his legs aching, the tears started. We started to head back to the beach house stopping at the bottom of the cliff to put back on his pants and jogging bottoms, his crocs and his brother's jumper (he'd now decided he was too hot!)


A new warmth hit him, and he climbed the cliff with no moaning at all, counting the steps as he went.  Up to the beach house for lunch, before going to the field to play for an hour before returning home.

I love the beach house in winter.  I could sit and watch the sea when it's rough for hours, but today it was pretty calm. Another bonus about winter time at our beach is that there are very few people there. Today was no exception. Ours the only footprints on the sand.

On our return home, I was still cold and even into this evening struggled to warm up, how do these kids manage it! (though if I am honest I do remember a February half term when my parents took me and my friend over and I went in the sea for a proper swim!) 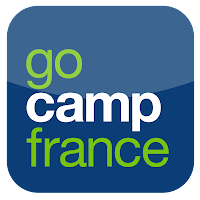 Visit Go Camp France to find your next family holiday camping in France.